The Further Fantasy Adventures of a Desperate(ly Bored) Housewife 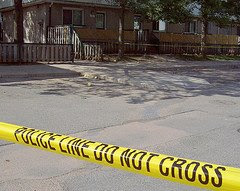 Jeez, so much has happened, where do I start?


Well, you know about my kidnapping Dr. Phil and all that, from my last post, yeah? I have to confess it was more than just a tad stressy seeing all that paparazzi and helicopters whizzing about outside, I mean, talk about intrusive, or what? Sheesh!


And, oh my God, did you just see that bloomin' Dishthedirt nutter on the telly? Where does she get off telling everyone and their uncle that she and me are bosom buddies? Pul-eese! And it's hardly surprising, of course she thinks I'm a recluse - you would hide too, if yours was the drive she kept trundling down to camp out at 24/7. I'm telling you, with her IQ barely at room temperature, it's a bare faced cheek she had the audacity to dis' me like that, and right out there on live telly, n'all.

Anyways, just as I'd always suspected, turns out that Dr. Phil bloke is one hell of a decent chap, nothing short of a pure diamond, so he is. See, after a couple of days he was sporting enough to drop the charges, claimed it had all been a big mis-understanding, that he had actually been voluntarily staying with me all along - can you believe it? Before we knew it, all the squad cars, T.V. vans, and the hoop-la simply upped-sticks and quit. What a sweetie, eh? Course, he'd had the benefit of the blog by then, finally understood where I'm coming from. (Plus, I did hand over the bullets)


Long story short, turns out we really hit it off, him and me. In fact, he was even good enough to offer me my own T.V. Chat Show - seriously, he did! Well, I'm not a one to look a gift horse in the mouth, am I? And 'sides, it seemed kind of churlish to turn him down.


And that's just exactly what we went and did, big-time. I jest you not, I've been a very, very busy bunny since the last time we spoke. Actually, as it turns out, I'm pretty sure most of this is old news to you by now, seeing as how it all ended up the way it did.


I guess you've been following it in the tabloids, huh? Let me tell you, it was as much of a surprise to me than it was to anyone else.


I mean, who the hell expects a guest of theirs to commit murder in front of a live T.V. audience? Where was security, for heavens sake? Sure is the last time I hire again through that agency.


Besides, in light of his previous violent history, you'd have thought any silly bint with even half a semblance of any self-preservation would have known far, far better than to tell her boyfriend in front of the whole wide world that, oopsie, here she was, pregnant, not by him after all, but by his twenty-one-year-old step-grandad, the very same one whose sister she is now leaving him (the boyfriend that is, not the step-grandad) for.

Is it that surprising he lost it?

Ironic really, considering it was all one big fat lie anyway (as the autopsy later proved).


Sheesh, what a mess.


It's ridiculous, listening to the media, you'd be forgiven for thinking it was me who had snapped her sorry neck.

Suddenly, my show has become a prime example of our morally bankrupt society, and I'm being castigated for shamelessly exploiting the weak-minded, in bringing what is now perceived as the most puerile, basest form of tasteless entertainment to ever grace our screens.


If you believe the polls, seems ten million of my ex-loyal viewers appear to agree.

I can tell you, between the Network dumping me from a great height, the tabloid's trashing me for all they're worth, and these endless sacks of hate-mail flooding through my door, I'm beginning to worry moral society won't be the only thing to end up bankrupt by the time this thing is through..


Did you witness that funeral?? Ye Gods, half the streets of Manchester were lined up in mourning. Sharon's sister made it plain whom she blames for her sister's death, and it certainly isn't the one currently locked up and awaiting trial in Wandsworth Scrubs. Oh dear me, no, he, it appears, is simply another vulnerable victim, shamelessly exploited and manipulated by a calculating and greedy predator, one who knew precisely what she was doing.


I'm scared to put my head outside the door.

I hear there's talk of a record pay-out from my ex-network.


So yes, as I say, it's been quite a hectic few weeks, all things considered.

Ah well, c'est la vie, n'est pas? So much for the cruel, fickle Mistress of fame and fortune, eh?

Oops, sorry, gotta' go, something smelly and unmentionable has just dropped through my letterbox..
Posted by Shrinky at Monday, September 02, 2013

Email ThisBlogThis!Share to TwitterShare to FacebookShare to Pinterest
Labels: Fantasy

Much more exciting than what's on MY television!!

Hi Barbara, ah, it seems to be the silly season all year round on day-time TV, over here. I confess prefer the radio now, as I potter around my household chores.

C'est la freaking vie all right, Shrinky! :^) I love your housewife and her huge generous delusions in all the colors of the rainbow lifting her up like a big bunch of Melmar balloons. Yay for her, and I don't see why Dr. Phil SHOULDN'T visit and be her boy toy during honeyed randyvoos. I bet he would remember it forever!

Oh Margaret, you sure do know how to make me laugh, thank you for these deliciously twinklie (yes, it IS a word) comments, though I fear they may only spur my demented housewife on to committing even worse acts of irresponsible fantasy..

Shall we have a follow-up to this follow-up? I could use another laugh!

You really should have said that in a whisper Jim, I'm afraid she heard you.. there is little hope for us now (sigh).

I bet they'll take you back next season... I'm sure their ratings have plummeted since they dumped (on) you. Memories are short and forget... numbers are counted and recorded.

There's hope for me!

(1) Mrs. Dishthedirt fits in your letterbox? Hmmm. Either you have a humongous letterbox, or she's considerably smaller than I first imagined.

(2) Poor thing, a pariah in your own craggy homeland. Too bad your show wasn't broadcast here in the US. A televised murder would have been a sweep weeks bonanza. You would have been offered movie deals and your own reality show (of course, the producers would probably insist on Mrs. Dishthedirt being in the cast).

(3) It would appear that the late Ms. Banks' family tree has few forks.

(4) I've loved this series of posts. Not that I'm telling you what to write, but if there's more to this tale I'd love to hear it.

Actually, it reads like a novel that I would want to buy.

So... hm thats how it all ended - fame for a day and then infamy

Please think twice before putting wild mushrooms in your salad.

I fully support the Shrinky Movement - anything that takes Dr. Phil out of circulation, however briefly, has all our blessings. Your television career burned so very brightly, it had to crash. But think of the book deals! You’re well on your way to being famous for being famous.

LOL...having given up watching my telly, perhaps I may need to subscribe to the same service you're using.. ;-)

Is it true what Geraldo Reviera said about what really went on between you and Dr. Phil? He said you said the relationship was very full philing. And in Philadelphia, is there really a cheese Philly named after Dr. Phil?

Wonderful - you hit so many nails right on the head...

I had come by earlier to thank you for stopping by my blog, then got sidetracked before I commented.

But then when I saw it was Dr. Phil's birthday (last week, I think) the first thing I thought of was this post :)

OMG Bone, ya' mean I MISSED Dr. Phil's birthday?? Darn! Thanks for the heads up, I'm off to hunt down a belated card..

HA! This is a delight!